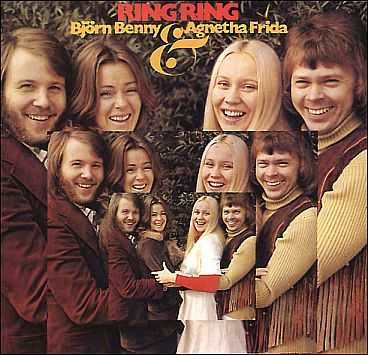 ABBA started recording mostly with three musicans: one playing bass, a guitarist and a drummer. Björn and Benny both played on guitar and piano. That is how the backing track was recorded. None of the ABBA members was able to read or write music. It could take a whole day, before they were ready for recording a backing track. On the 2nd recording day, Björn and Benny played the backing tracks for Frida and Agnetha. They sat, listened and gave suggestions if they found that something didn't sound good. They gathered round the piano to prepare their voices and mostly then they brought in ideas for the backing vocals. After the vocals, there was a third day for overdubs and finally the tape was mixed. In the early years, like with this album, not every recording session was registered on sheets, so most of the songs must have had more recording days. 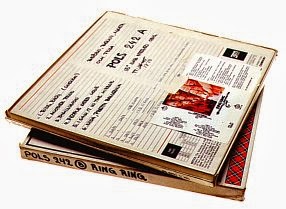 Mastertapes of the 'Ring Ring' album

Ring Ring (working title: Klocklat) Backing track on 10 January 1973. Vocals on 17 January 1973. Mixing of both Swedish and Zedaka track on 17 january 1973. More work was done on the Ring Ring versions during this month. German vocals, Spanish vocals and an instrumental backing track for tv appearances were recorded on 23 July 1973. Two remixes were made on 8 may 1973.
Benny and Björn wrote Ring Ring in Swedish and they knew that it would be a hit. They were looking for a known personality to write it in English and Stig suggested to have it done by a personal friend of his: Neil Sedaka. Later, they met Sedaka in 1973 in Belgium on the airport and Neil admitted that 'Ring Ring' had influenced his songs. Me And Bobby And Bobby's Brother: Backing track on 25 January 1973.


Worldwide single releases with tracks from this LP: